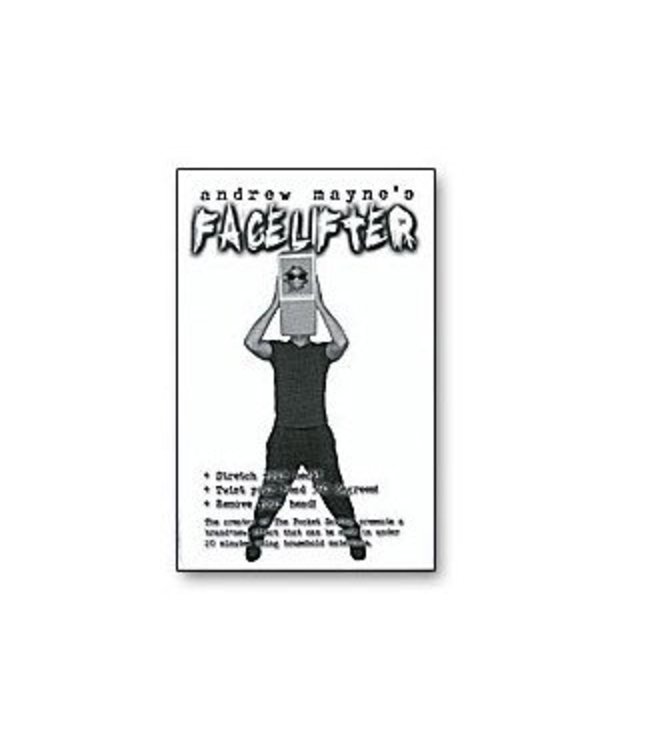 Who needs thousands of dollars to perform incredible illusions?  Face Lifter is an incredible (yet easy-to-build and perform) illusion which will leave your audience baffled. Taking advantage of cutting edge technology, Face Lifter allows any performer to create an illusion that would have cost thousands of dollars to duplicate just a few years ago.

Effect: The magician asks his audience just that question before he picks up his beat-up cardboard box. He places it upside down over his head and then rips a hole in the front so his face is visible. The magician then lifts the box about a foot above his shoulders-stretching his neck impossibly long. Next, he twists his head 360 degrees around and back. Finally, he removes his head entirely before putting it back and removing the box.