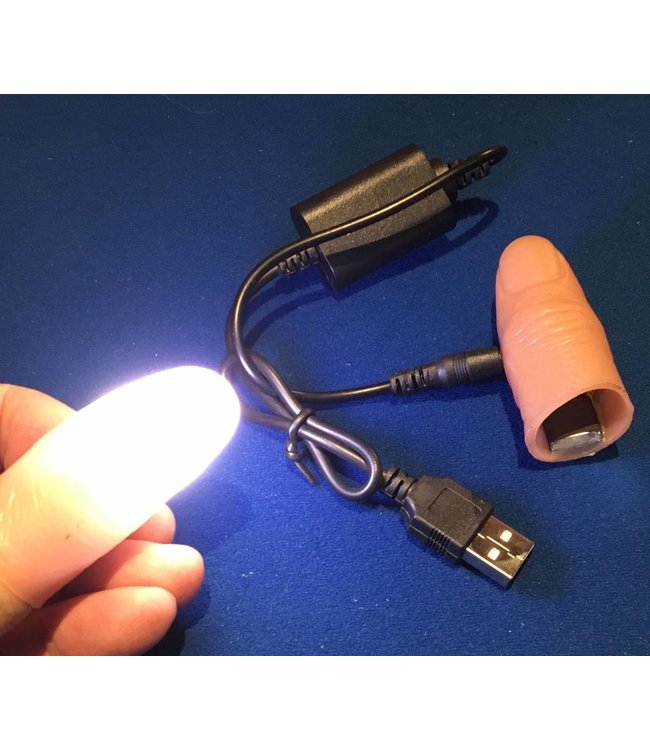 In 1988 Special F/X Inc. in New Jersey released Micro-Light to the magic community.

In 1995 Roger Mayfarth  created D'lite Rocco's Light From Anywhere this became one of the all time best sellers in the history of magic.
Over the years there have been many knocks and many other light up balls from finger effects. I might add most of them inferior.
After the patent expired on D’lite, the 3 partners of the original D’lite company had went their separate ways, creating Wonder Lights, Skylights and The original D’lite with an improvement Ultra Bright Dlite’s. Also many more companies release their versions of light up effects, including Tenyo’s Flying Light and NSI’s Bright Bugz marketed as a kids toy/magic trick.

Which now brings us to 2017. Rechargeable Electronic Super Bright Thumblights. Sold in pairs. These Cosmic Rays are awesome! Catch balls of light from the air. Pass them from hand to hand. Collect a bunch of balls of lights then they all disappear.

These are the best "lights" on the market today! Far brighter than any other version on the market. Recharge with the included USB cord. No more disposing of dead units. They fit great. One size fits most adults. Big & Small. Soft push button on the outside of the thumb. You will never miss!

Available in Red,White or Multicolor.

Use the Red Set to make lights appear, disappear and jump from hand to hand.

Use the White Set to catch and throw bright flashes of super bright white light or to illuminate a light bulb and then pass that bulb out for examination.

The Multicolor Set has three push button switches. one Red, one Blue and one Green. When you depress two or more buttons at the same time, you can create Purple, Pink & Golden Orange. Spectacular visuals! 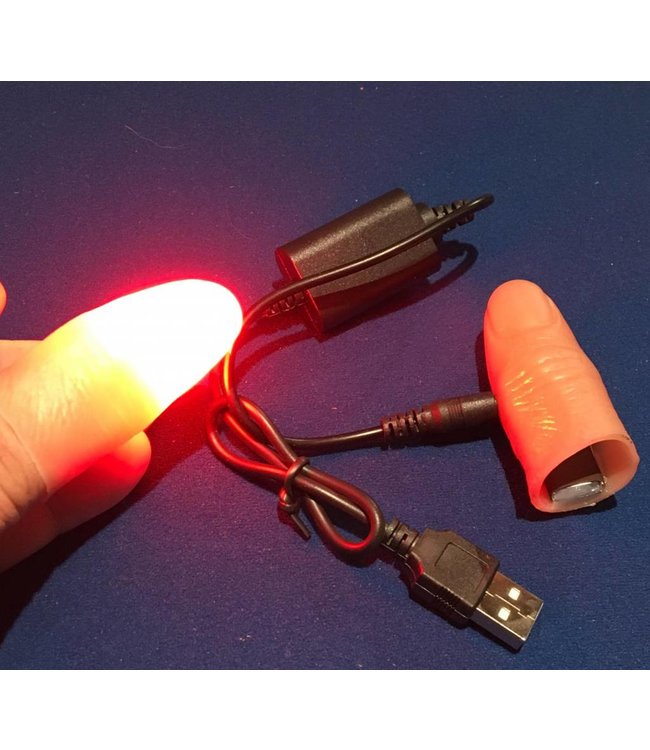 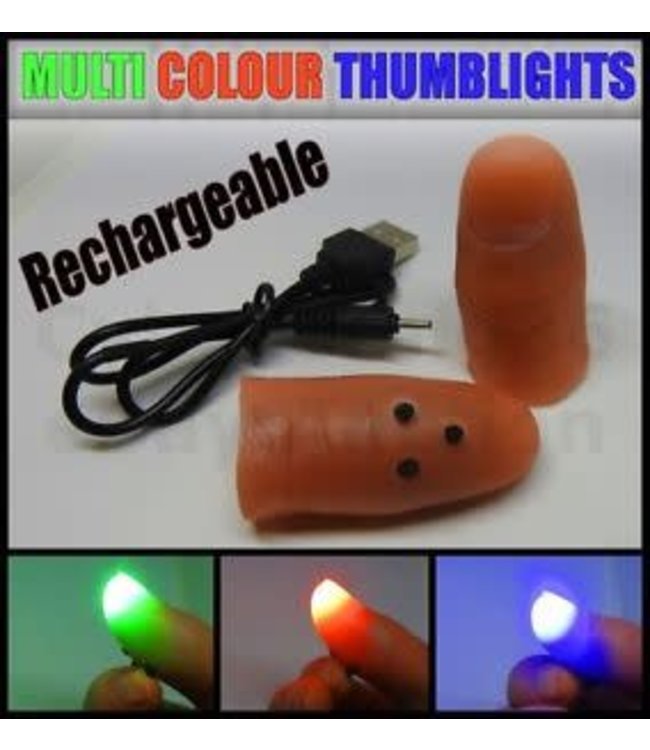 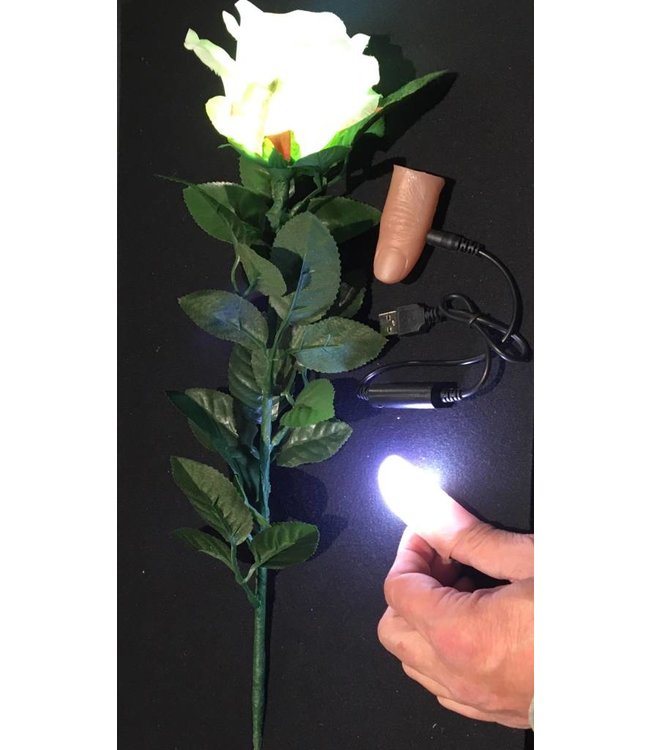