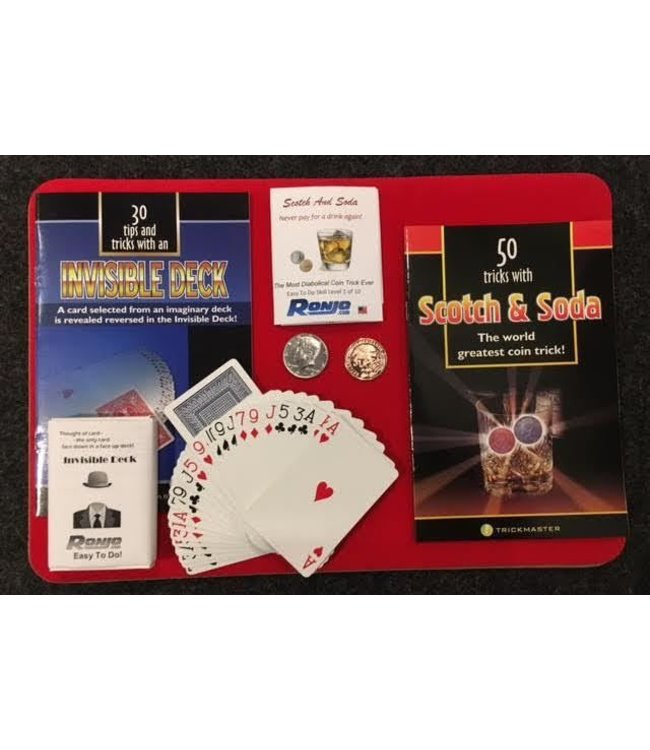 A $70.00 value if purchased separately.
Perfect for beginners ages 14 and up.

This set includes two of the most popular magic effects ever released!
Scotch and Soda & The Invisible Deck.

Scotch and Soda:
Two coins are shown, a U.S. Half Dollar and a Mexican Centavo. Both coins are placed in the hands of your spectator. When the spectator closes their hands around the coins and you say the magic words, the once copper coin (Centavo) changes to a real U.S. Quarter without you touching it! All pieces can be examined after the trick.

Invisible Deck:
The magician takes "two" decks from his pocket and sets them on the table One deck is real and one deck is invisible. A spectator is asked by the magician to pick any card from the imaginary invisible deck giving them a completely free choice. The magician then asks the spectator to name out loud the card they chose. The visible deck is then removed from the box and spread out face up to reveal one face down card in the face up deck. When the card is turned over, it is the freely selected card. An amazing, easy to perform miracle that has been performed on television and is a must for any performer!

Get the most out of these two incredible effects by learning the pro secrets from the booklets included in this kit! You'll be on your way to performing 80 different effects. When they ask you to do it again. You can but this time do something different and keep one step ahead of them!

Also included is a Standard Size Magician's Choice Performance Mat by Ronjo. This is your stage, perform all of your effects on our mats! 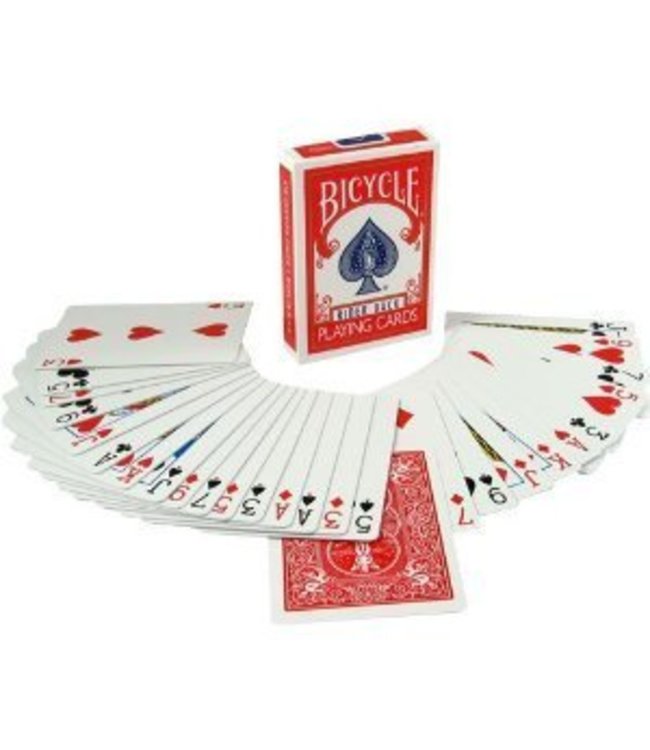 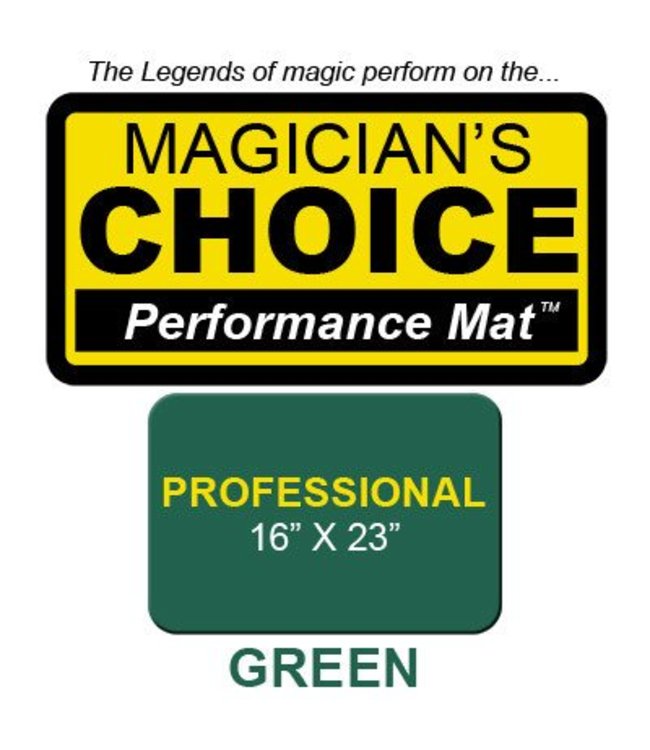 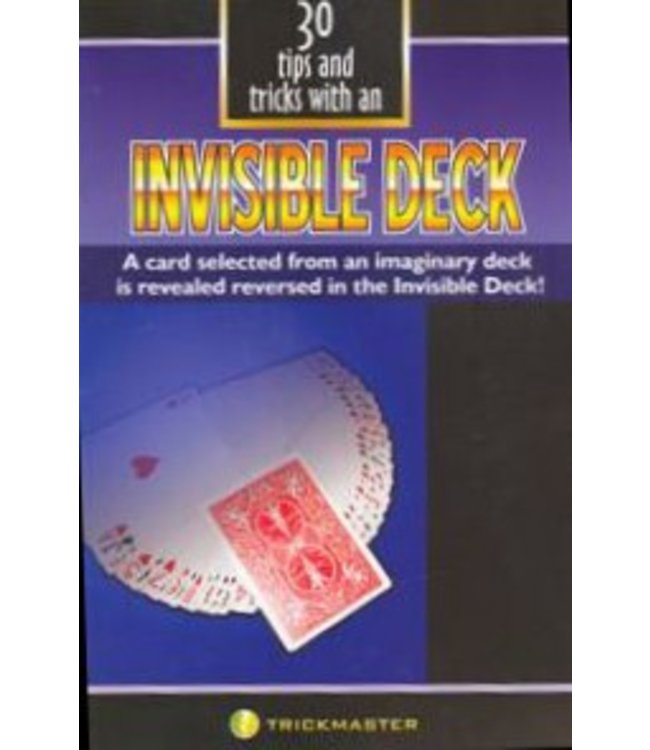 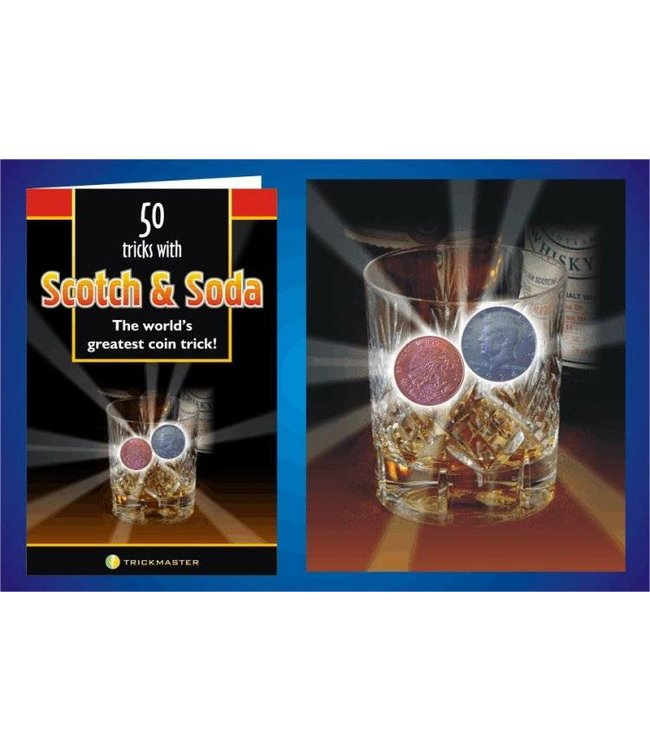 50 Tricks with a Scotch And Soda by Trickmaster Magic (M12) 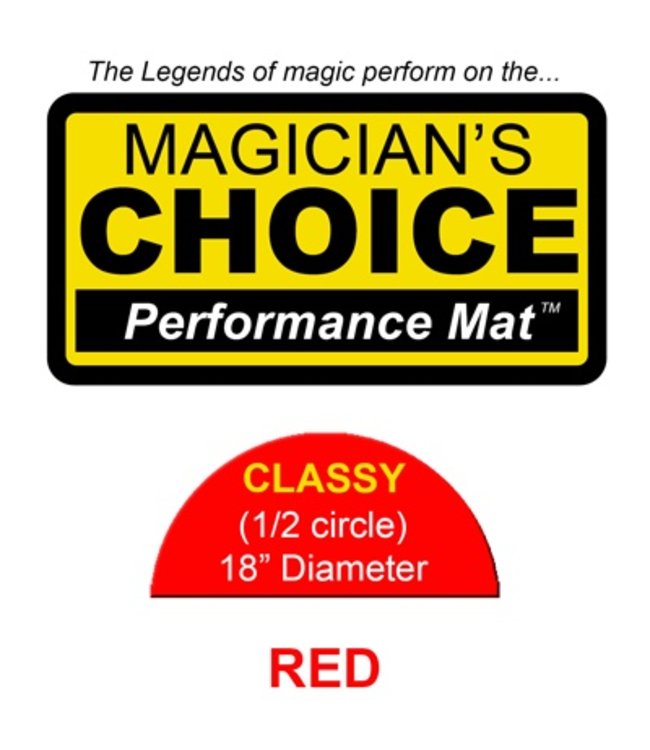 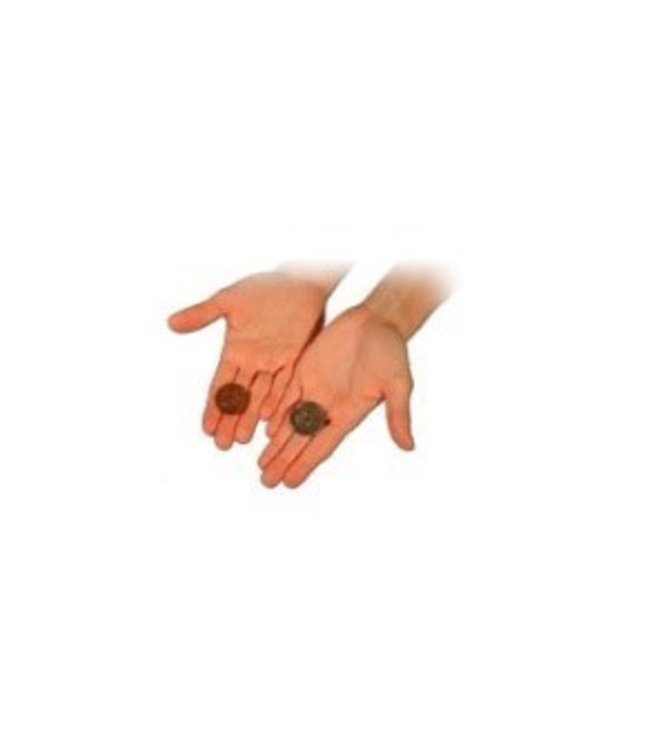 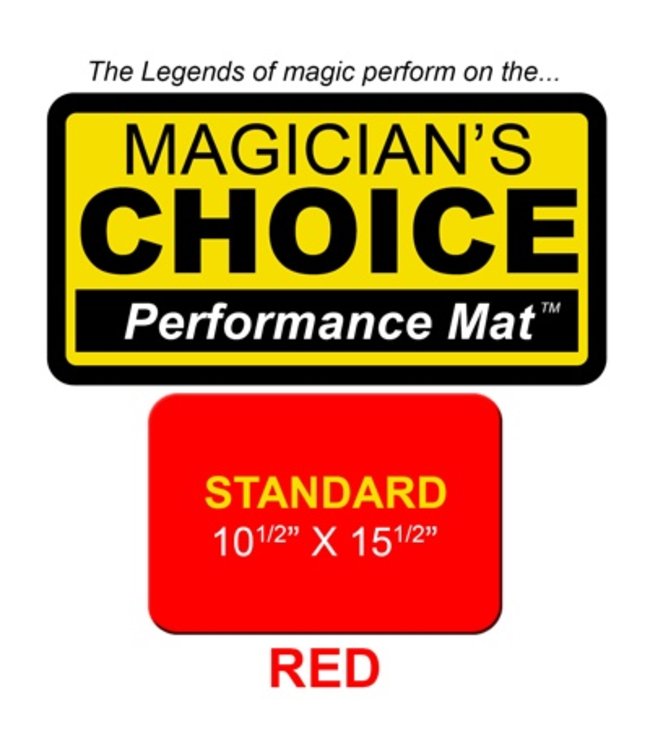 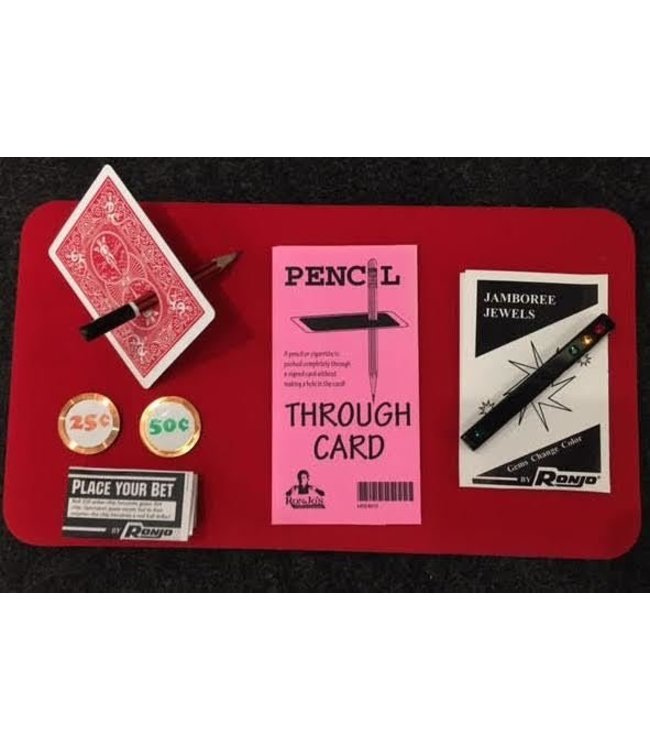