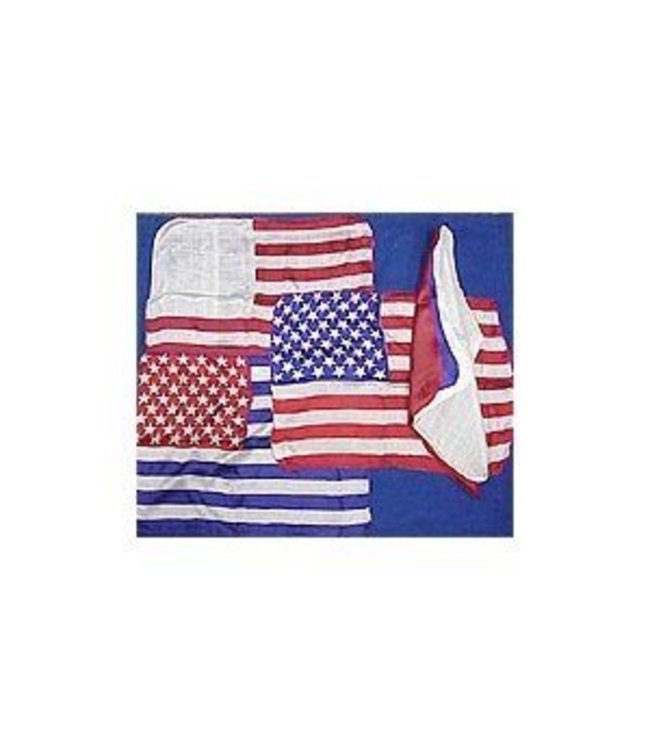 Magician brings out a Change Bag (not included), and from the bag the magician removes a RED, WHITE and BLUE silk hanks. The Magician returns the hanks to the bag, but forgets to put in the blue. The magician then says the silks will turn into a flag.

He reaches in the bag and produces a flag that is only red and white - there's not a speck of blue on it! The magician tries again by placing the blue, red and white hanks in the bag. Reaching in the bag, he now pulls out a flag with blue and white stripes and red around the stars (in the field).

The magician places the mismade flag back in the bag and this says the magic words. This time, the flag comes out perfect! Supplied with 2 Mismade flags and 1-correct flag and red,white and blue hanks. Made of pure silk by FUN Incorporated.

May also be done with a brown paper bag. Directions include how to make a change bag from a paper bag. But a real Magician's Change Bag is most effective. 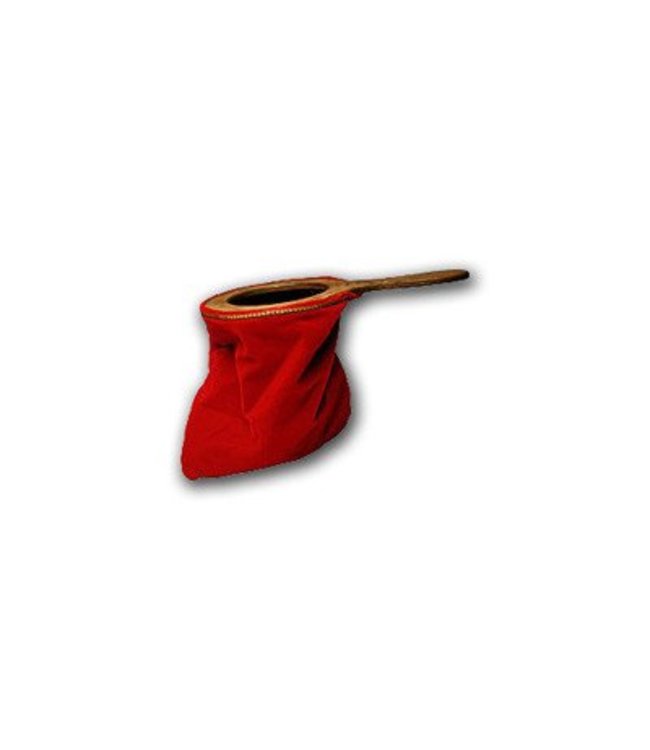 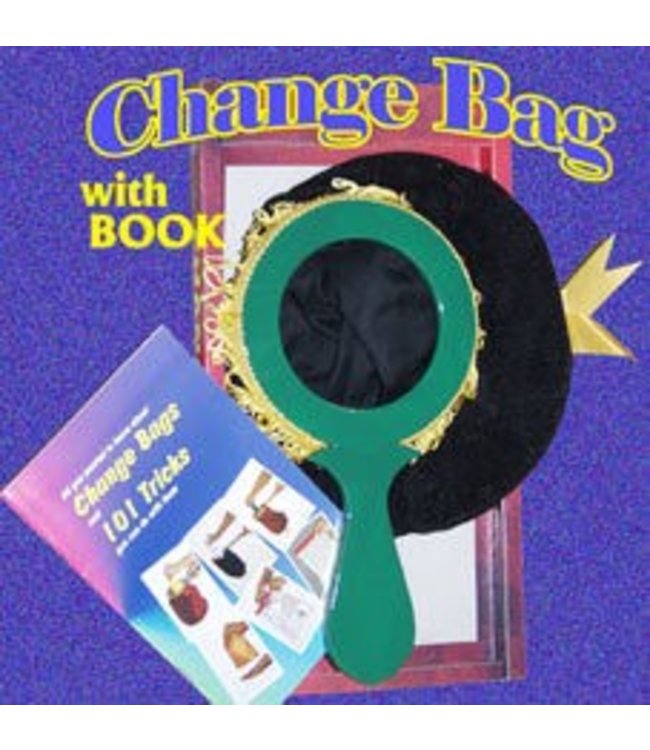 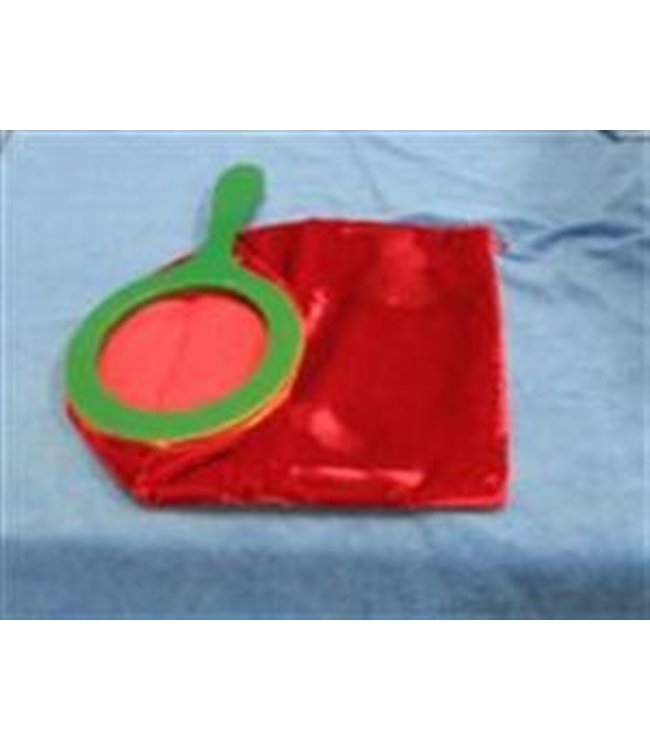 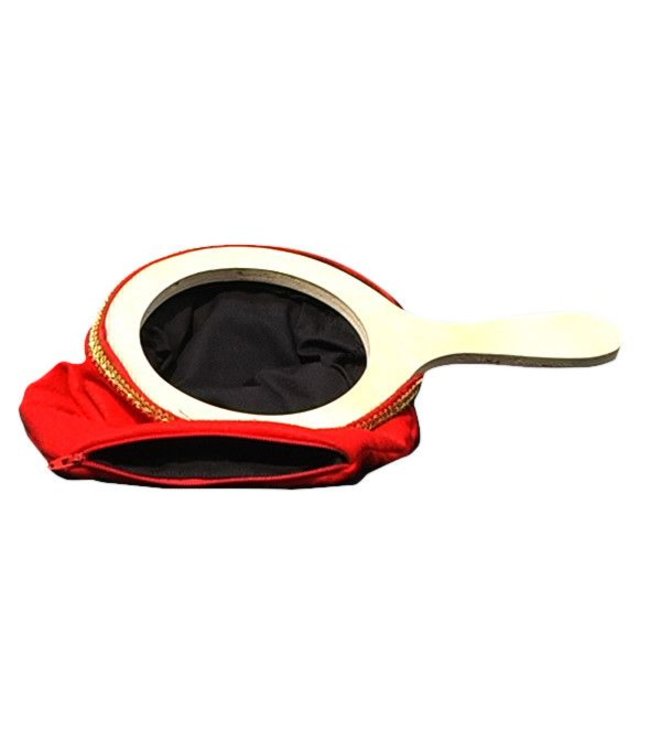