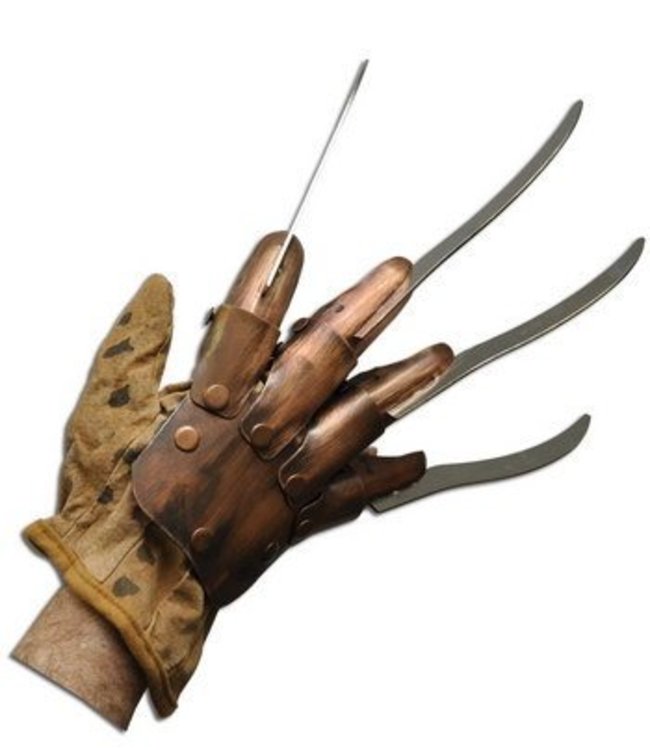 This officially licensed New Line Cinema Supreme Edition Freddy Kruger Metal Replica Glove is the real deal...No other glove comes closer to the true nightmare that Freddy has always been.

Meant to be used as a prop or display piece.

The more you use it, the more of a chance one or more of the blades will disconect from the glove itself.